Nelson celebrated the launch of Canada’s first community solar garden in June 2017. A community solar garden is a centralized solar array where members of the community have invested in solar energy production on a per-panel basis.  The system is fully subscribed with investors varying from renters, homeowners, business owners, some of Nelson’s Co-ops, several churches, our local schools, and the local college.  These investors receive a credit on their Nelson Hydro electric bill once per year in proportion to their original investment for the annual solar energy generated over the life of the agreement (25 years). 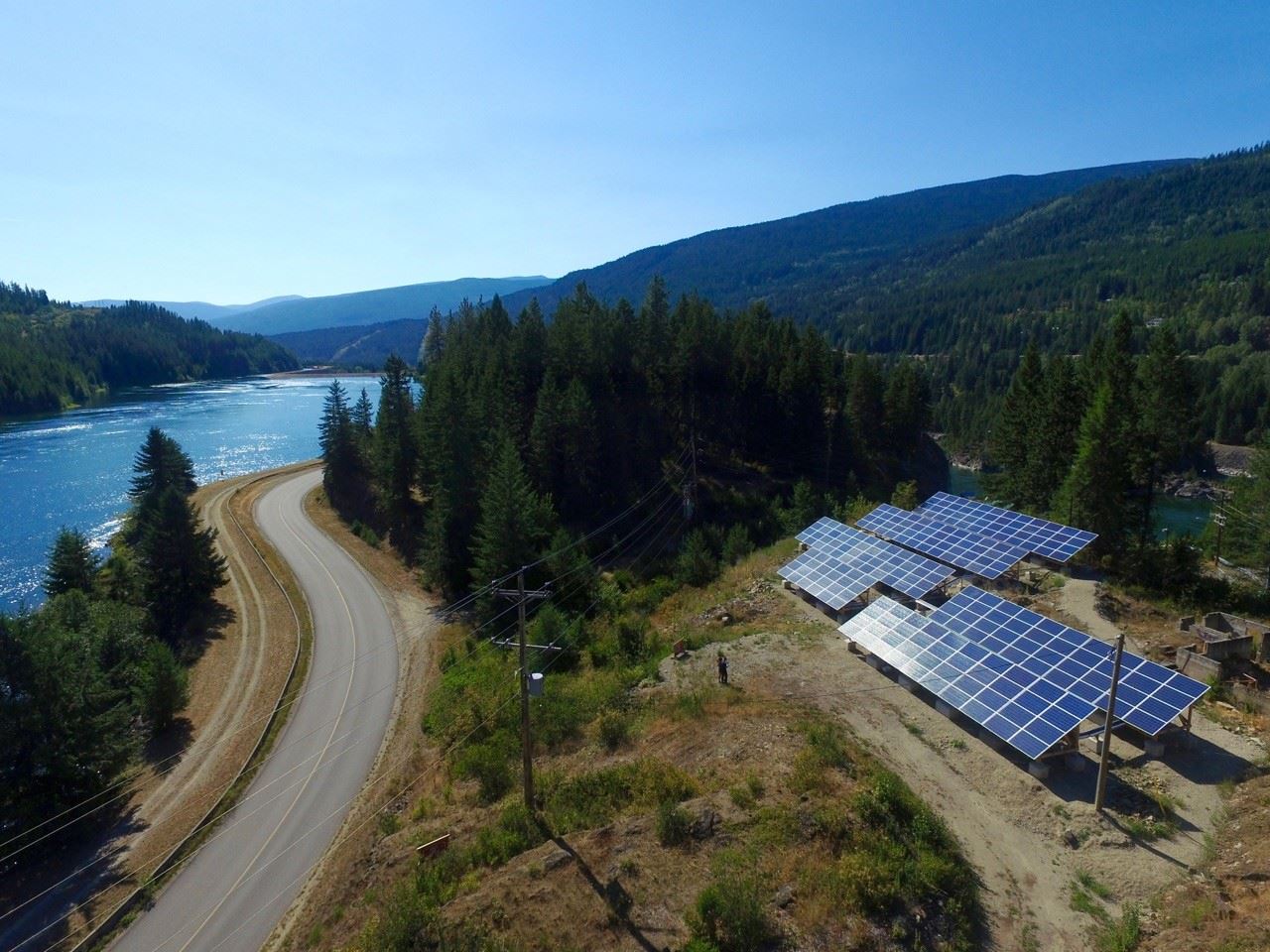 Commissioned in June 2017, the solar array is situated above the Nelson Hydro Generation Station in Bonnington, BC just outside of Nelson.  It is approximately 577m2, consisting of 248 photovoltaic panels and micro-invertors, and 1 wireless gateway.  The solar generation array feeds into the Nelson Hydro grid and generates on average 65,800 kWh annually.

For current generation information, please visit the Online Solar Production Monitoring Tool provided by the manufacturer and log into the portal using nelsonhydro@nelson.ca as the account name and NelsonHydro2021 as the password. Please note, the data from the manufacturer will not exactly match the data in the Billing System due to typical line-losses at the micro-inverter level and the accuracy of the meter used to read the generation data.

Originally proposed in 2014 as part of the Nelson Hydro EcoSave Program, the original intent of the project was to learn about solar generation to adapt to the emerging green future of the electric industry. The original concept proposed the purchase and install of a 50kW solar array for customer investment from March to August 2015 at an estimated capital cost of $293,514 of which $200,000 was from customer investment.

Utility companies use Levelized Cost of Energy (LCOE) as a metric for investment planning. It establishes a common comparative baseline across various forms of discounted energy generation over their lifetime. An updated project analysis completed in February 2022 concluded that 248 panels were installed from November 2015 to June 2017 at an actual cost of $331,372 generating an average of 66,622 kWh annually, with a customer investment of $221,657.30. Calculating the LCOE from an investment perspective using the project and maintenance actuals to the end of 2021 results in an LCOE of $0.47/kWh.