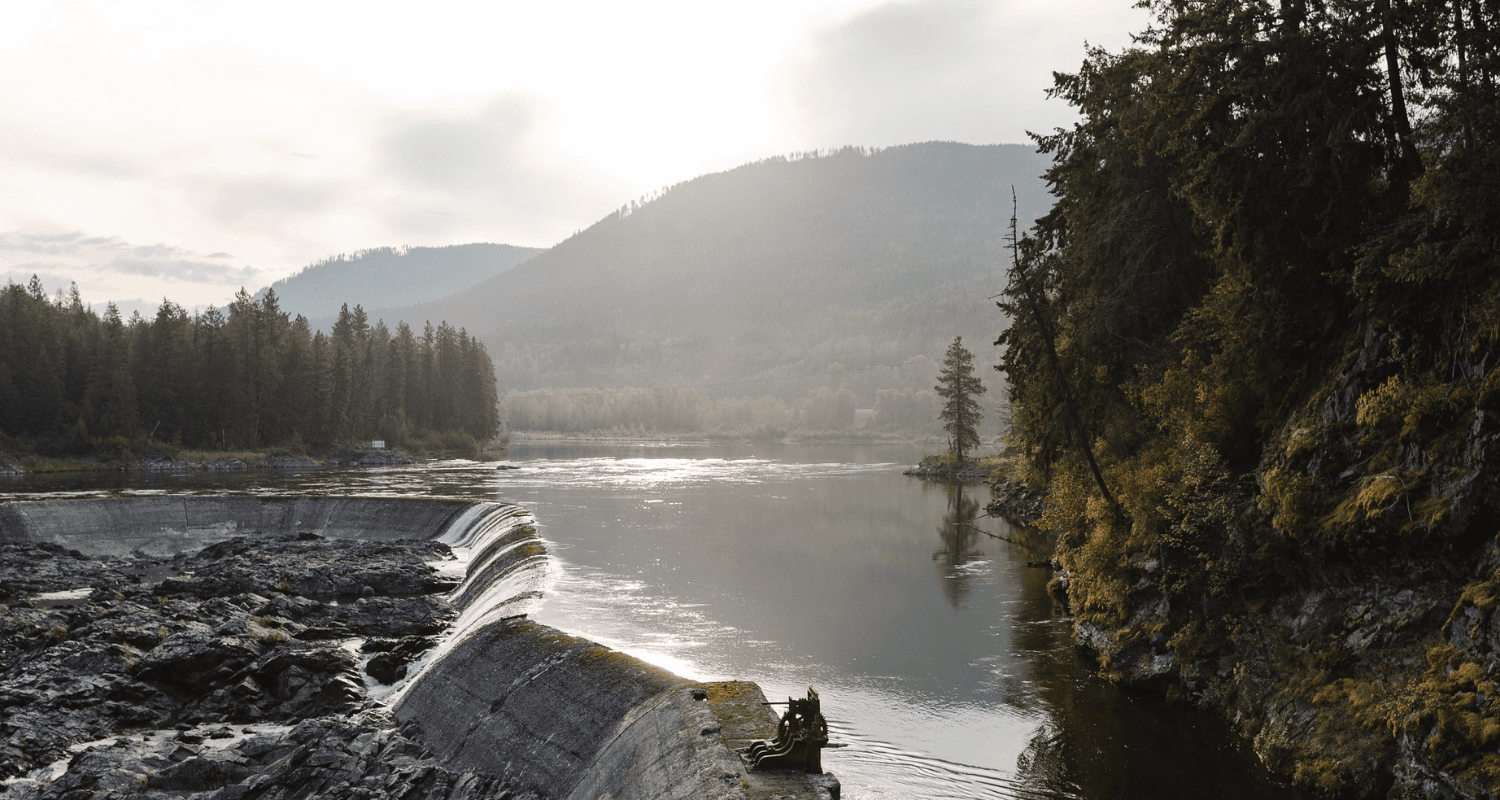 Driven by the mighty waters of Kootenay Lake’s West Arm and the Kootenay River, Nelson Hydro generates power for its 11,000 customers at the 16MW Bonnington Dam power plant and the city’s community solar array, then distributes power from the dam, solar array and FortisBC’s supply system, to a network of seven substations and 320 kms of transmission and distribution lines.

Nelson Hydro owns and operates a run-of-the-river 16 MW hydroelectric generation facility that harnesses the power of moving water to generate renewable electricity located at Bonnington Falls on the Kootenay River 16 km southwest of Nelson. The current water license allows a year-round output of 9.1 MW, which represents about 50% of our annual energy requirements and generates the most electricity during freshet, or, the time between mid-May to mid-July when the headwaters of the Kootenay River are at their peak from melting snow from the surrounding mountains.

Watch the video below to learn how a run-of-the-river hydroelectric generating station works.

What is not generated, the remainder is purchased. Approximately 50% of the annual energy requirements are obtained via wholesale power purchase from FortisBC. Nelson Hydro connects to the FortisBC electric system at three points; Fortis' Coffee Creek, Nelson Hydro's Generating Station, and Nelson Hydro's Granite Substation. These interconnections are required so that the 88,859,645 kWh (2021) of purchased energy can seamlessly integrate into the Nelson Hydro grid to supply the needs of our customers.